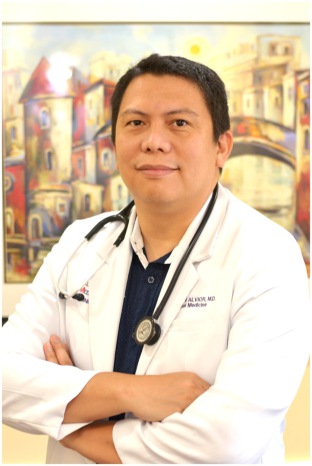 EDUCATION AND TRAINING
Dr. Jonathan Alvior is a primary care physician who is board certified in Internal Medicine. He is a former hospitalist who now practices in the outpatient as well as inpatient setting, following his patients when admitted at the hospital.﻿ He completed his residency training at Columbia University College of Physicians and Surgeons, Harlem Hospital Center in New York, New York in 2007 and has been in private practice since then. He received his medical degree from the University of the East RMMC in Quezon City, Philippines and holds a degree in B.S. Public Health from the University of the Philippines.

HOSPITAL & PROGRAM AFFILIATIONS
Dr. Alvior currently holds medical staff privileges at Florida Hospital Tampa & Carrollwood, St. Joseph's Hospital Main & North and Tampa General Hospital.  He is also academically affiliated with South University ARNP Program as a Clinical Site Preceptor since 2012.
ORGANIZATIONAL MEMBERSHIPS
Dr. Alvior is a member of the American Medical Association (AMA) & the  American College of Physicians. He is the President and Founder of the Philippine-American Sports Association (PASA) of Tampa Bay and was recently inducted (2018-2020) Vice President/President- Elect of the Philippine Medical Society of Florida (PMS) Gulf Coast Chapter (2018-2020).
PUBLICATIONS
Dr. Alvior has several publications, some of which can be found at (a) MedReview in Cardiovascular Medicine Summer 2008,Vol. 9, No.3, "Inflammatory Aneursym of the Thoracoabdominal Aorta With Associated Dissection"; (b) South East Journal of Tropical Medicine and Public Health December 1994, Vol. 25, No. 4, "Larvicidal Potential of Five Philippine Plants Against Aedes Aegypti (Linnaeu) and Culex Quinquefasciatus".

Welcome to our new PATIENT PORTAL! To schedule an appointment, view and print electronic statements and request for medical records, please click the link below:

The Clinic is open on Mondays from  9am-4pm for administrative purposes only.

We are TELEMEDICINE capable!  Please call to set up an appointment!